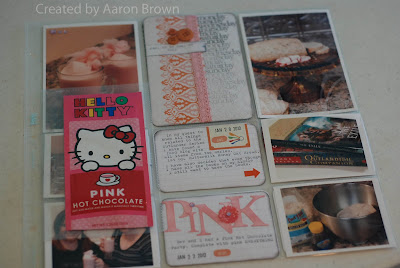 Here is my Project Life Page for the 4th week-It really doesn't seem that we are already that far into 2012!! This weeks pictures include the last day my sister was here and she had got us some pink hot chocolate- 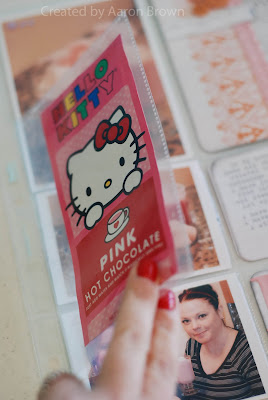 I saved one of the packages, and added it using a CTMH flip flap cut down to create an additional page. 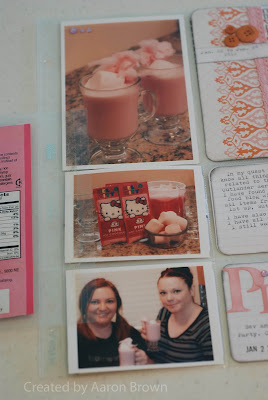 In keeping with the pink theme from the pictures, I used one of the cards that had some pink in it. It also had some orange, so I added some buttons in that color. 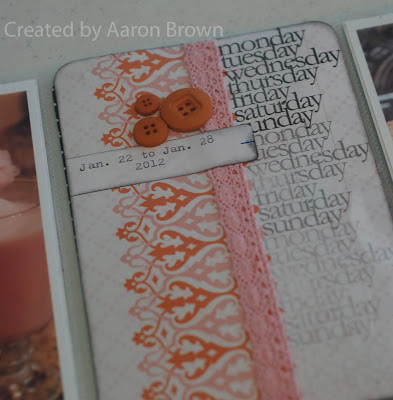 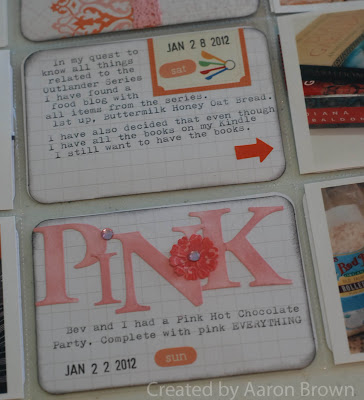 I also included pictures of some baking I did on Sunday- 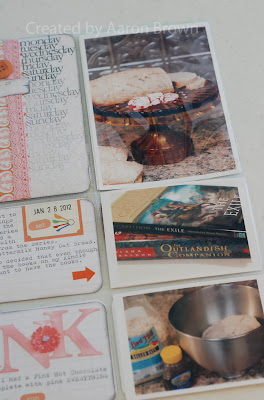 Here is Week 5-Once again I included a weather shot from the iphone, because it was so much warmer from the week before. 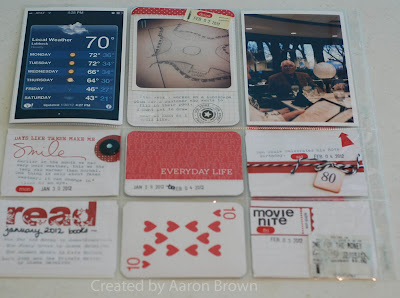 This year I have decided to include a list of all the books I read by month-this time I used some CTMH stamps and made a title card. 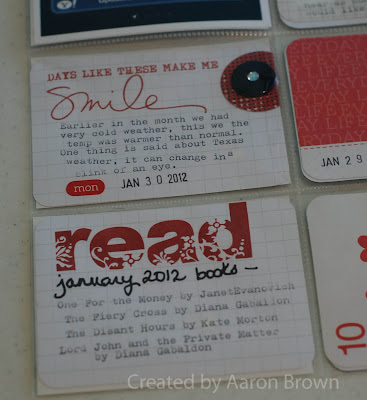 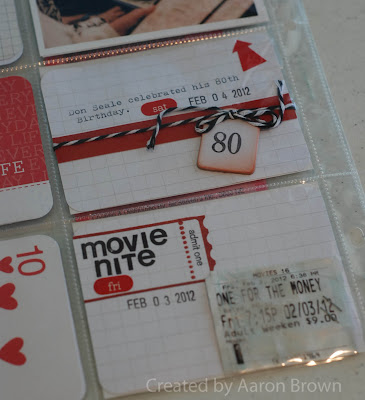 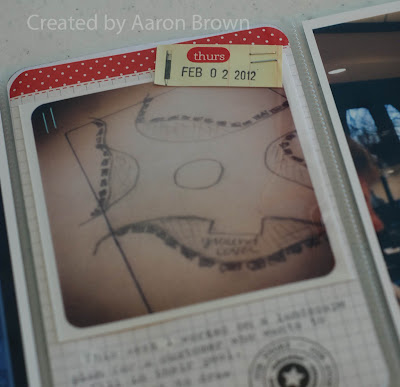 This is so inspiring. I love how you kept the same color scheme throughout. Such fabulous details too...and PINK hot chocolate...oh my gosh, my daughter and nieces would love that!